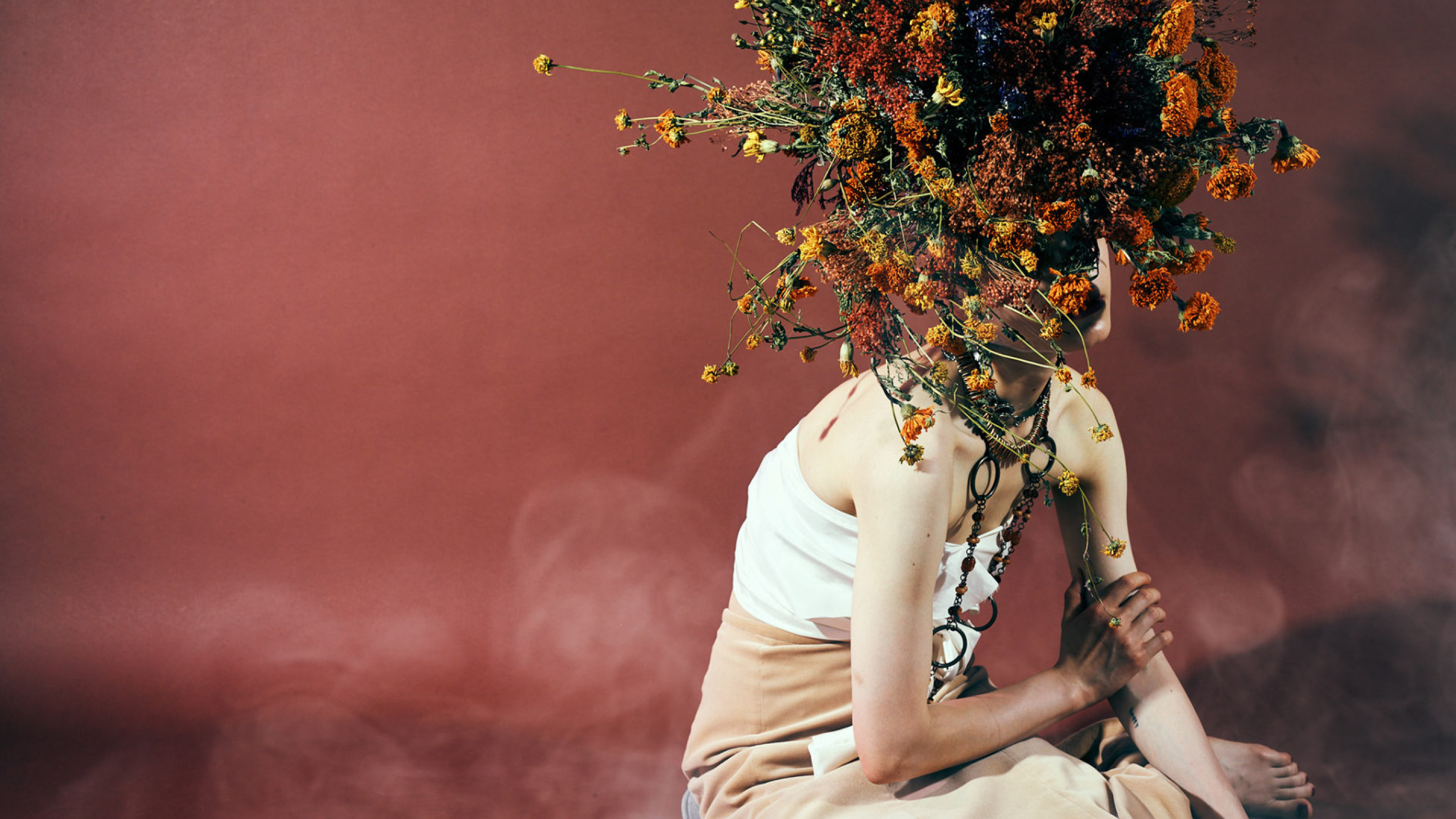 bird and insect is the image branding partner
that focuses on drawing out your brand story in a way that moves. 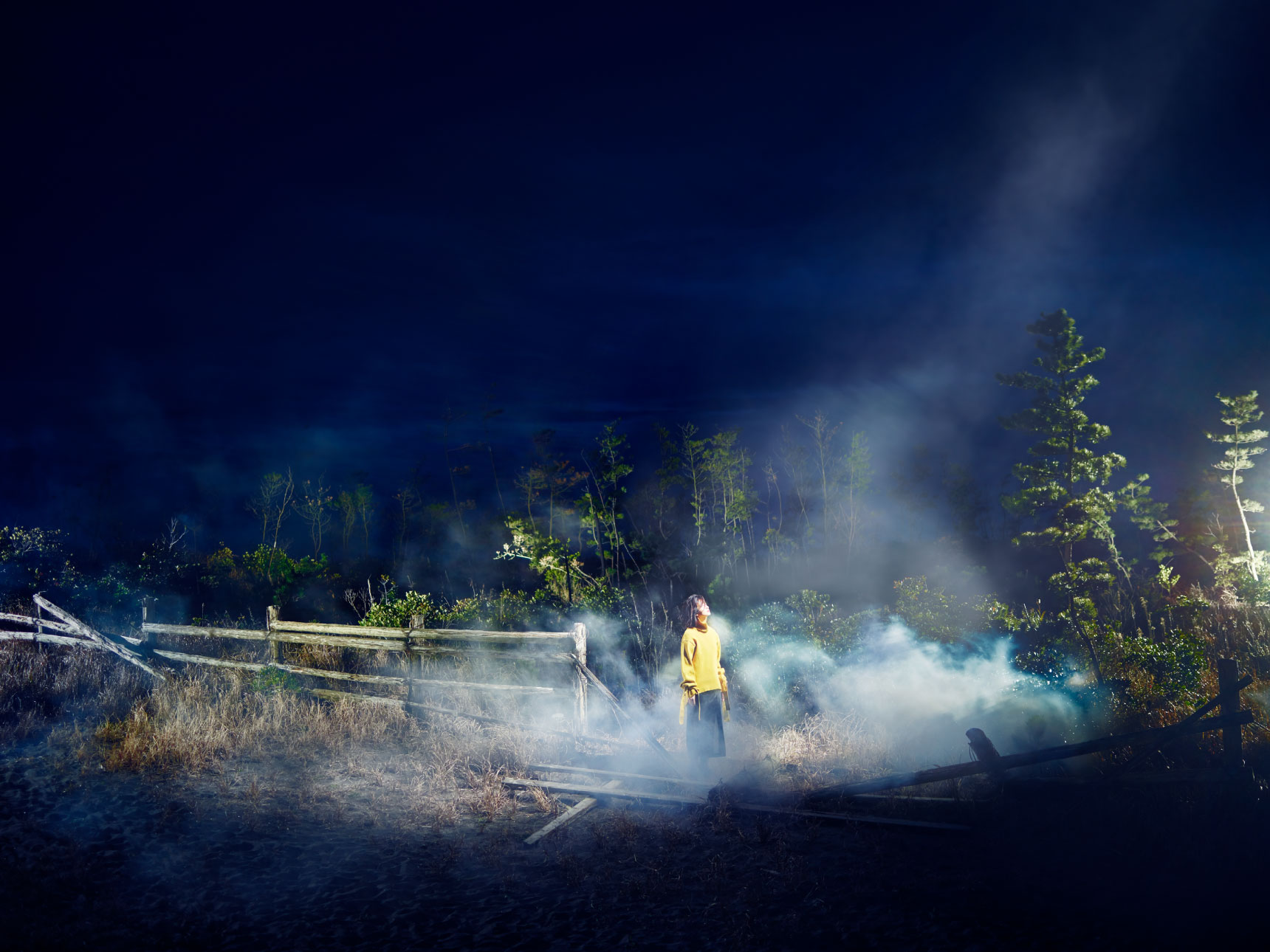 We believe image is a form of language.
It is a powerful tool that helps convey powerful thoughts and ideas.

With the power of image, we see the world from a different perspective, and therefore, the dramatic and new is born.
Together, we change reality.

Such as a company with a rich history.
When we portrait its ideal out, a new surprise is made.

Such as a product that is not yet known to the world.
When we visualize its value, people's minds will be moved effortlessly.

Ideas are there from the beginning.

In light, color, sound, words, and time.
When we utilize these elements to convey the innate ideas, new discoveries are encountered.

We are bird and insect.
We are the image branding partner that focuses on drawing out your brand story in a way that moves. 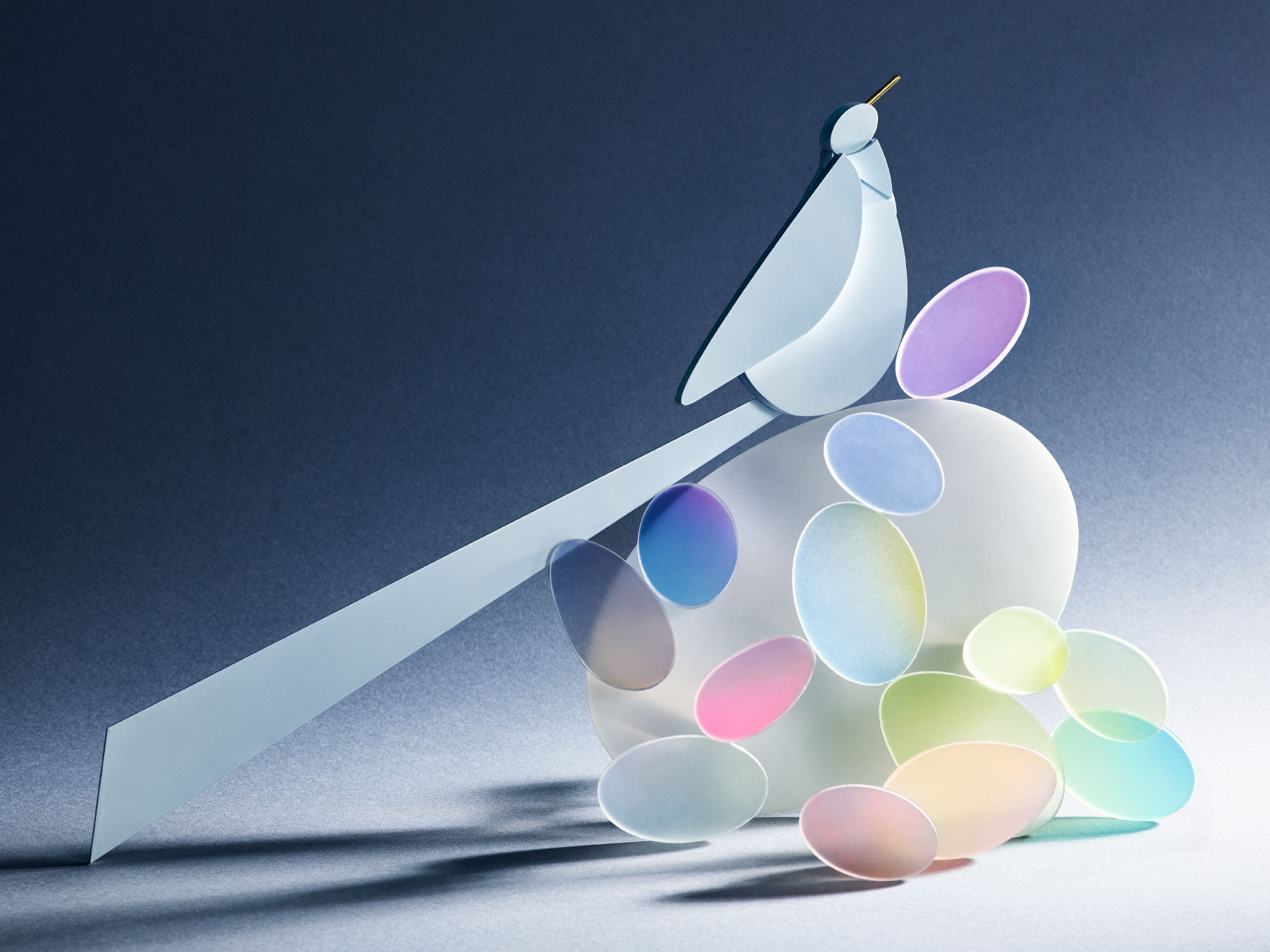 What is appealing about your brand, and what kind of perspective is appropriate for your brand?

Image branding is a method of creating a "brand image" in the minds of customers by identifying the unique appeal of a brand from the desired perspective. We will help you create the right image that attracts potential customers.

what is image branding 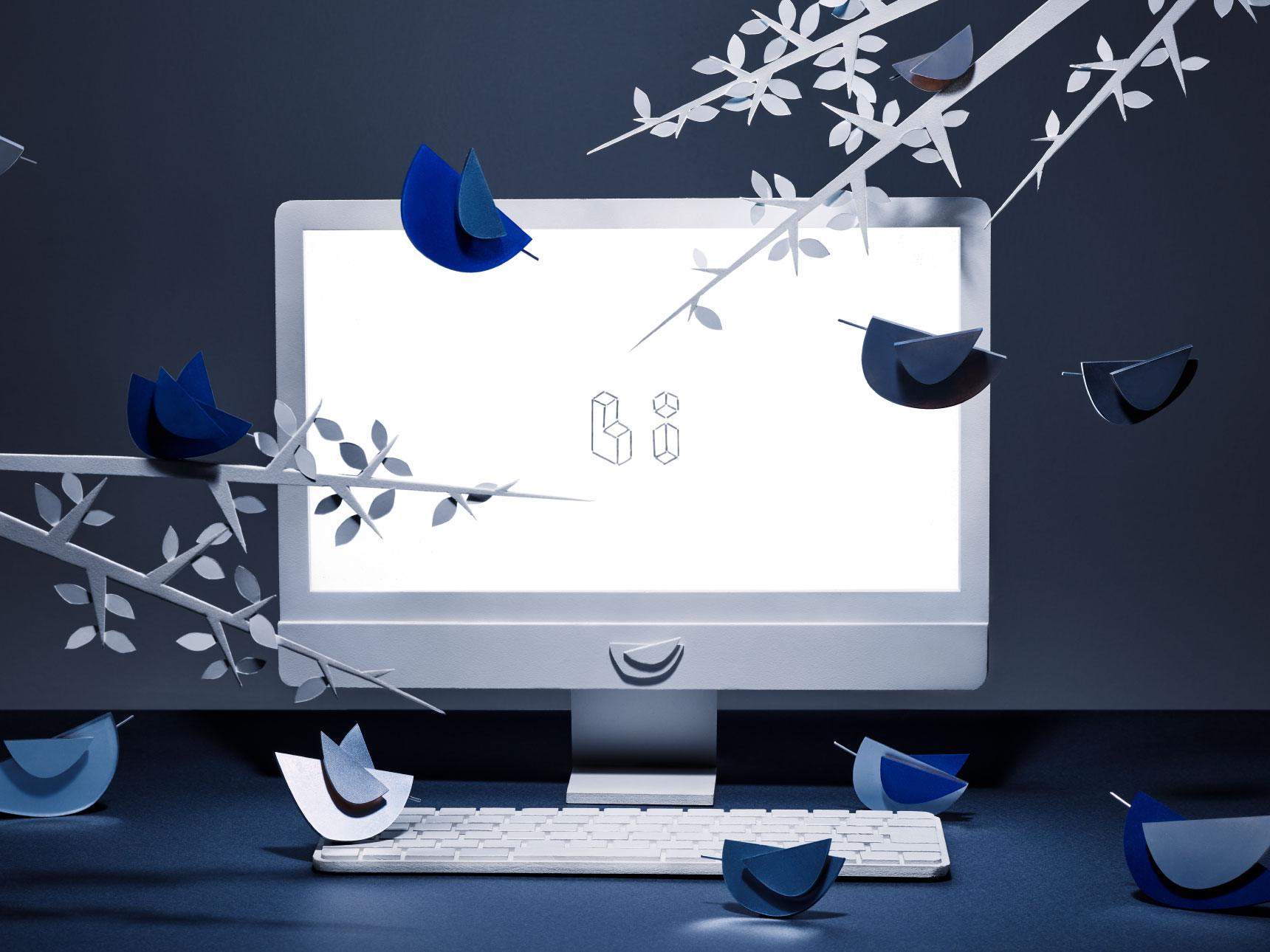 From planning / direction to promotion proposals.

We can help you build the appropriate image and meet the demands of the times. Our services range from planning/direction to production (both photography and videography). We also provide planning proposals including suggestions and solutions for further development and promotion of the brand.

We proudly present our brand movie of 2022, which portrays the world of bird and insect. 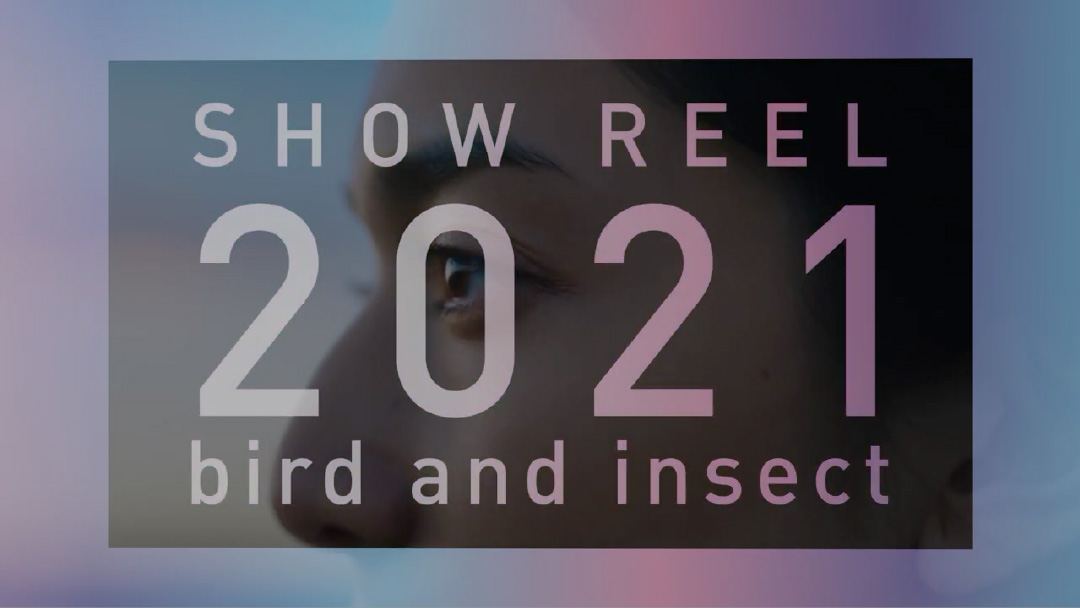 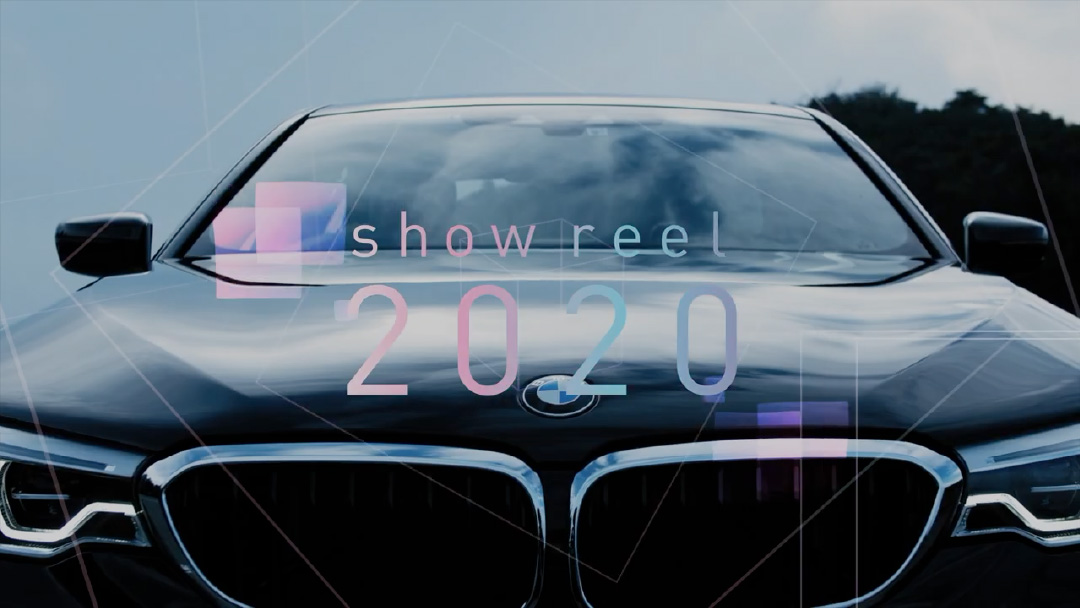 Born in Tokyo in 1985. Studied architecture and design at Kyoto Institute of Technology, and went to freelance after working for an advertising production company. In 2013, he received a master's degree in photography from the University for the Creative Arts. After that, he launched bird and insect and served as the representative director. In 2017, he also received his PhD in the study of Japanese fashion photography history.

After graduating from grad school with an emphasis on mechanical engineering, Hayashi worked at Ricoh and was involved in the design processes of cameras such as the RICOH GR. He then took part in the launching of bird and insect. As a rare “evangelist” in the image&film industry, Hayashi’s goal is to systematize and simplify expertise knowledge and share it with everyone. He can often be seen on Youtube and at various events. Hayashi also shares his insights on SNS with the help of his beloved buddy cat, Kotaro.

After falling asleep at the wheel and nearly losing his life in an accident during his 20s, he decided to make his way through life with a newfound sense of purpose and honesty . After eloping in the 21st century , he returned to Tokyo and worked freelance in photography and video. He joined bird and insect in January, 2017. He continues to work on independent films and drama s as well.

Born in Nagano Prefecture in 1989. After graduating with a degree in English Literature at Sophia University, he worked for an apparel manufacturer for 7 years. After deciding to pursue his passion for photography full-time, he joined bird and insect in 2018, having had a relationship with the firm prior. A true believer that a picture is worth a thousand words, he strives to express emotions in his photo and video work that cannot be expressed through language.

Born in Nagasaki, he started taking pictures of his hometown with a Minolta SRT101 handed down to him by his grandfather. Gaining experience at Roppongi Studio Ltd. and later as a photographer’s assistant, he decided to pursue a freelance career . With a career spanning 9 years and an interest in the video world, he joined bird and insect in 2019.

Born in 1985, he worked in the construction industry since he was a student. At 30, a sudden career shift found him working to support various creators, companies, and individuals involved in manufacturing. In November 2017 he was invited by his friend Shuntaro to join bird and insect. Cooperates mainly as a producer and manager. Hobbies include traveling on a road bike.

Originally from Kochi Prefecture, she worked on the editorial team of bilingual culture magazine Wooly and as an assistant to photographer Hideyo Fukuda before choosing to become a retoucher. After joining bird and insect in 2018, she lived in Paris for a year. She enjoys speaking English, thrift stores and delicious food. Constantly seeking the next interesting experience, her spiritual power spot is Shimokitazawa.

After studying architecture and design at the Kyoto Institute of Technology, she worked in the planning and design of household goods at a Tokyo-based interior design firm for eight and a half years. Upon becoming acquainted with leather, she studied under a leather craftsman for 4 years. After an initial development period, she launched the leather bag and accessory label ke shi ki in October 2016. While continuing to run ke shi ki as a business unit of bird and insect from February 2018 onwards, she also works as a designer in the photography and video business unit.

As a child, his dream was to be a superhero. However, upon learning the harsh rigors of the real world in his student days , he came to the realization that he didn’t have a Plan B. Video was the hero that came to the rescue, and now he puts his passion for thrill and excitement into his work.

Born in Kagoshima, Japan in 1985. Under the influence of his father, who ran an advertising agency, spent his childhood with various video recording device. VHS-C from the age of 10, Hi-8 from junior high school, and mini-DV from high school. Entered a combined junior and senior high school, but decided to move to Tokyo rather than going up to college. Acquired versatile skills through many jobs such as wedding cinematographer, studio assistant, movie production, and lighting material sales before setting up on his own. Working mainly as a gaffer for the last four years. Lately he’s got a bit lonely, so he thought he’d join bird and Insect in 2022.
He is ready to throw his entire experience on movie production, which he has been devoting more than half of his life to.

Born in Fukuoka in 1997, he is involved in TV, radio, and movies. Upon moving to Tokyo to immerse himself in the vibrant urban culture, he worked at a vocational school and video production company before joining bird and insect. His hope is that the work of him and his team will spark the same sense of wonder and interest that he once felt in those who see it.

Koike was born in 1993 in Nagano Prefecture, Japan. While in college, he worked as a photographer's assistant and also produced personal works.Since then, Koike has been shooting for fashion and culture magazines at a production company in Tokyo.In June 2020, Koike joined bird and insect as a project manager.Koike is a fan of noodles. He has difficulty eating hamburgers due to TMJ disorder.

Shirato was born in Tokyo in 1993. She was immersed in music when she was a student. Although Shirato had a strong interest in film and photography, she went into the fashion industry in her early career. After changing jobs several times, Shirato decided to make a living of doing what she loves.In July 2020, Shirato joined bird and insect as a PR person after working in Public relations at a former apparel company.Shirato watches YouTube every day, and she listens to music all the time.

Sugiura was born in Ishikawa in 1993 and graduated from Kanazawa College of Art. After the Tohoku earthquake and tsunami in 2011, Sugiura was impressed by a commercial with the concept of supporting Japan, which inspired him to become a copywriter. Sugiura has won significant awards throughout the years, including the Asahi Advertising Award, Japan Six Sheet Award, Metro Ad Creative Award, etc. In March 2021, Sugiura joined bird and insect as a copywriter. His dream is to write the catch copy for the videos that would impress him.

Kan was born in 1997. He came to Japan in 2015 and entered the department of photography at Nihon University College of Art to pursue his dream in photography. In April 2021, Kan joined bird and insect as a photographer. Kan enjoys Japanese food culture, but he can't stand the taste of red pickled ginger.

After graduating from Musashino Art University, Department of Architecture, Kawamura worked at an architectural design firm designing new homes, offices, and renovation projects.
In 2021, Kawamura decided to join bird and insect as a prop stylist because she wanted to create the narrative in spaces. Kawamura enjoys making curtains, and her favorite food is grapes.

After graduating from the National Institute of Technology, Fukushima College, Mayuko worked as a secretary to the president of a regional bank. Longing for a brighter life, she moved to Tokyo. After gaining experience in project management, sales, and HR, Mayuko joined bird and insect to pursue her dream as a solo BO.
Mayuko loves handcrafts, fortune-telling, musicals, Fukushima, Taiwan, and Vietnam.

Mitani was born in Hyogo Prefecture in 1994. while on leave of absence from college, Mitani went to Mexico and was involved in launching a startup Japanese restaurant/hotel. After returning to Japan, Mitani worked as a public relations representative for establishing a dispersed hotel. In November 2021, Mitani joined bird and insect as a project manager and PR. He enjoys walking.

Nobu was born in Osaka in 1985. after graduating from college, Nobu has worked in human resources and general affairs at other manufacturers and IT companies. He joined bird and insect with a mission of creating a carefree environment where creators don't get distracted by unnecessary things. Nobu has been hiding his carving for carbs ever since he moved to Tokyo.

Kitahara was born in Miyazaki in 1996. After graduating from college, he moved to Tokyo and decided to pursue a career in photography and videography. Kitahara joined bird and insect as a place he has a longing for in 2021. He is a fan of film cameras and enjoys developing films. He also loves magazine, coffee, drinking, and yummy food.

website
about us
bird and insect ltd. all rights reserved.

If you would like to see our portfolio, please fill out the form below.